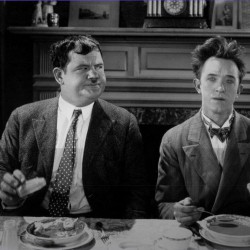 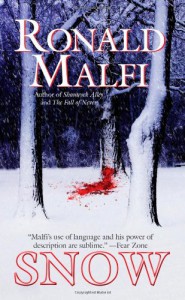 So, one of the blurbs on Tom McCarthy's Remainder claims it's a great work of existential horror, while on Malfi's Snow praise rings about its classical horror accomplishments. Snow's monster fiction falls squarely in the realist prose-stylings of a particular genre camp (I think--but, wait--what's that mean again?), while Remainder is the shape of the new novel, blasting apart the old realist conventions (if you buy Zadie Smith, and she makes a damn good case).

So I thought it'd be cool to read/review these at the same time.

Both books are also arias of Pattern--one more self-consciously articulating and assessing, the other content to rely upon the the familiar cyclical structures of genre.

UPDATE 2 --
God, what asshole wrote update 1? It must have been typed with one pinky in the air. I finished Snow. It was full of monsters, monsters somehow made of snow, who swirl into some more concrete form and then slice into humans, putting them on like "skin-suits" (as one character describes it). Who says the novel is dead?
Tweet